Home
Products
About Us
The Village
Links
Contact Us
Neighbourhood

Quinta da Eireira
The precinct of Ferreirim was created in 1835, replacing the precinct Santa Maria de Mós, which enclosed the localities of Barroncal, Magustim, Mós and Rossas, and to which were added the localities Ferreirim de Baixo, Ferreirim de Cima and Vila Meã of the precinct of Tarouca .
Until 1896, Ferreirim belonged to the county of Tarouca, and from then on to the county of Lamego.
It is inhabited by 1200 people, who essentially live from agricultural and civil construction work.
Vila Meã:

An agricultural villa predating the 12th century, undoubtedly originated from the civitas Tarouca, the mountain forte overlooking the region and standing between the village and the village of Dalvares.

The fact that Vila Meã was, in the first half of the 12th centure, attributed to Egas Moniz, tutor to D. Afonso Henriques, proves that the village pre-dated the Portuguese Kingdom.

The village housed a detachment of knights (mainly villagers sent from Tarouca to populate the village) and villager farms.

In the reign of D. Dinis, Vila Meã ceased to pay tribute to it's feudal masters, and was ordered to pay taxes directly to the King himself.

Between 1128 and 1146, Egas Moniz repopulated this rustic village. Certainly, it was in this period that a church was built, for by the 12th century Mós was already a parish.

The Mós parish belonged to the judicial district of Castro Rei and Tarouca, which included the villages of Mós, Magustim and the royal domains of the Quinta de Domingos Copo (where Rossas probably stands today) and the Pedra de Arca mountain.
Villages

Constructed in the late Middle Ages by order of the last Counts of Marialva, whose tombs still remain inside the church, the Monastery of Saint Anthony of Ferreirim ows it's present appearance to an integral reform carried out during the first half of the 16th century. In 1525 the house was handed over the the Order of Saint Francis. In 1532 construction of the church began, drawing inspiration from an amalgam of stylistic influences, such as the Manuelino-Renaissancist movement.

In the 18th century, the monastery underwent a substantial remodelling. The church has a single aisle where a collection of paintings from the 16th century can be seen. These works of art were ordered by the Cardinal-Infante D. Afonso, son of D. Manuel, and carried out by the three Mestres de Ferreirim (Masters of Ferreirim), Cristóvão de Figueiredo, Gregório Lopes and Garcia Fernandes.

A medieval military tower still stands in the convent grounds, symbol of the primitive population efforts after Portugal was established as an independent kingdom. The tower was later remodelled according to a gothic style and is now completely restored.
Ferreirim Monastery 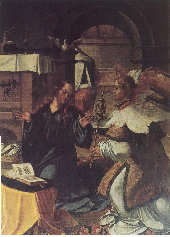 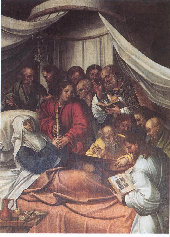 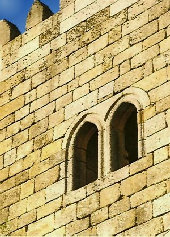 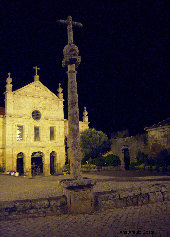 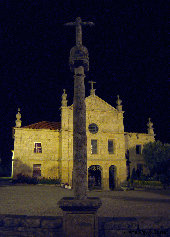